Busan: The "Miami of Korea"

A couple weeks ago I traveled to Busan, Korea's second largest city which is located on the country's southern tip.  I would describe Busan as the "Miami" of Korea because of its infamous beaches, coastline, warm weather, and skyscrapers.  Until then, I hadn't seen the south of Korea at all, so it was a nice change of scenery.  Korea's southern regions are supposed to be very beautiful, and Busan did not disappoint.

My friend Cara and I took the 6:30am bus from Jecheon and arrived in Busan around 11am.  We took the subway (which is a much, much smaller version compared to Seoul's system) to the Haeundae area. We stayed in a really fancy high-rise-apartment-turned-hostel with an awesome view overlooking a pier.  After checking into our accommodation, we wasted no time and headed to the beach.  Unfortunately, it was still a bit chilly to swim, but it was nice to walk on the beach nonetheless.  My beach experience in Korea was definitely different than any beach experience I've ever had in the U.S.  Koreans are very conscious of the sun and don't tan if they can help it; so instead of seeing people scantily clad in an assortment of bikinis and swim trunks, people were much more covered up (I'm talking long-sleeve shirts and pants).  To be honest, I maybe saw one person in a swimsuit (and it was a foreigner)!  Maybe that's because of the fact that many Koreans can't actually swim either.  As we were walking along the beach, we stumbled upon a sand-castle competition.  These weren't your average sand-castles either.  They were giant piles of sand with elaborate carvings in them.  Most had some sort of animal/jungle theme going on. 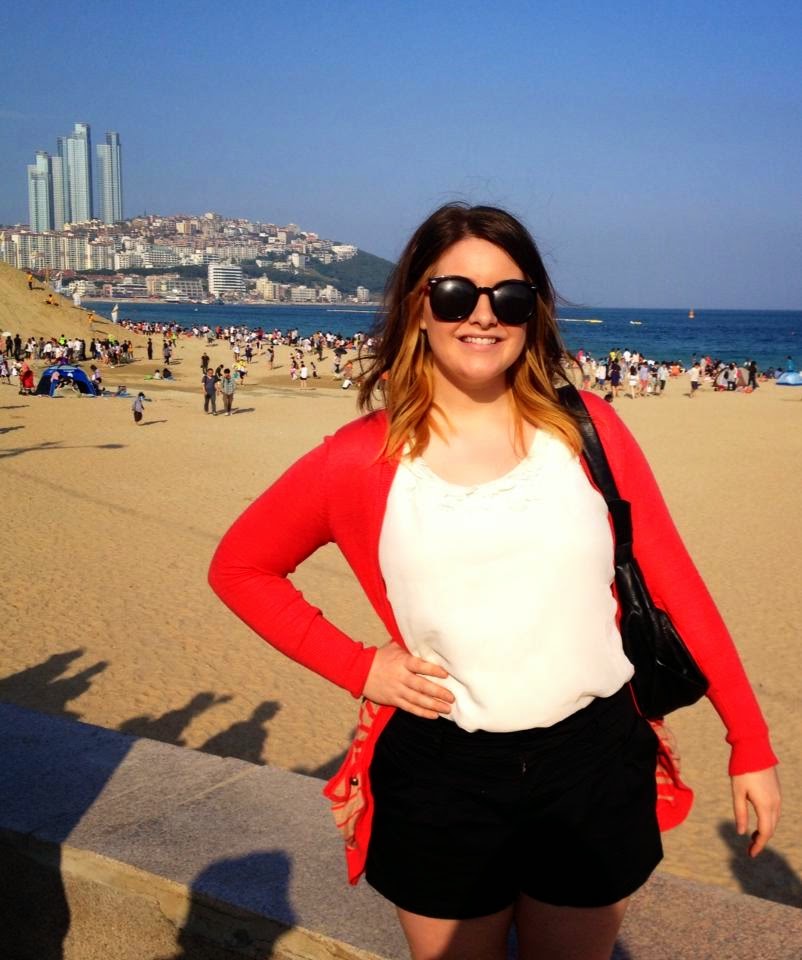 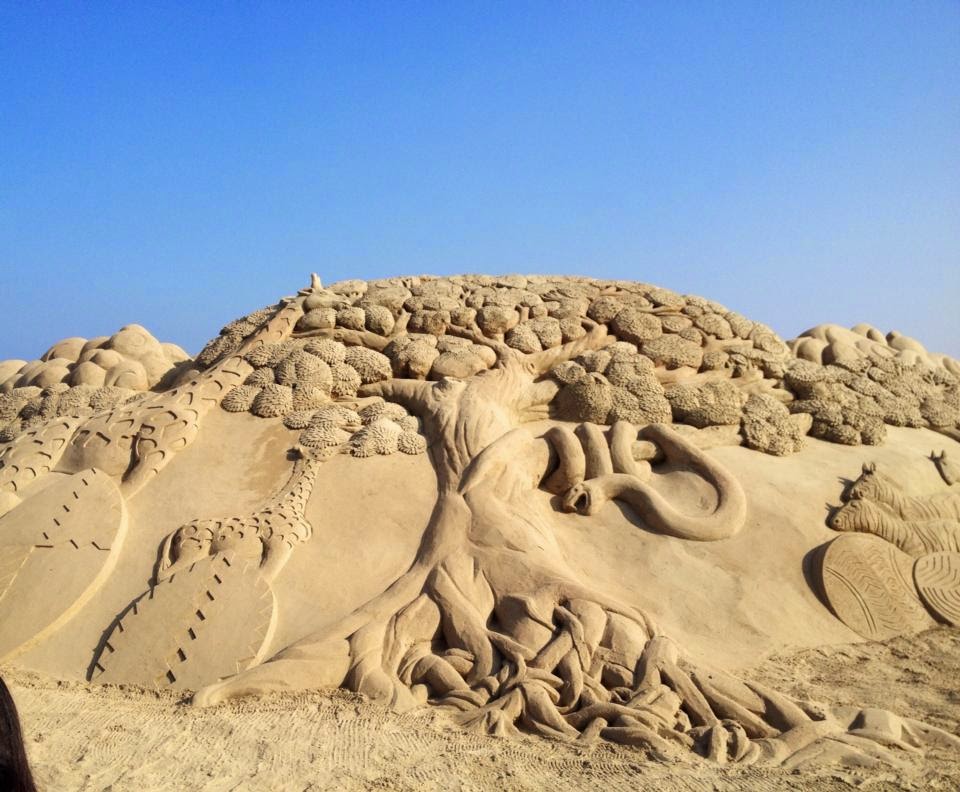 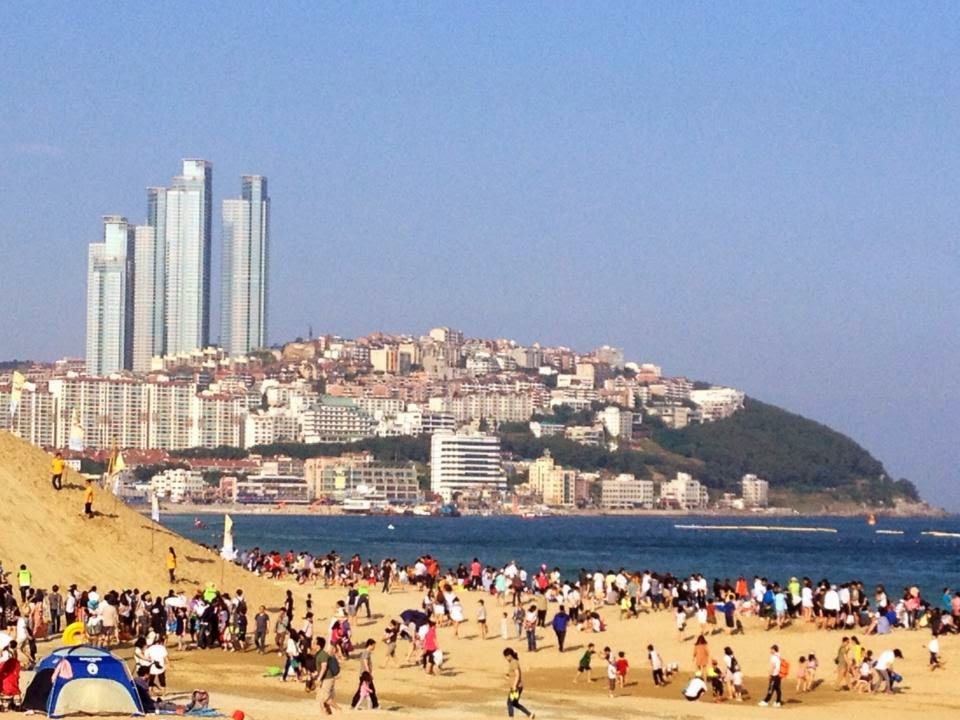 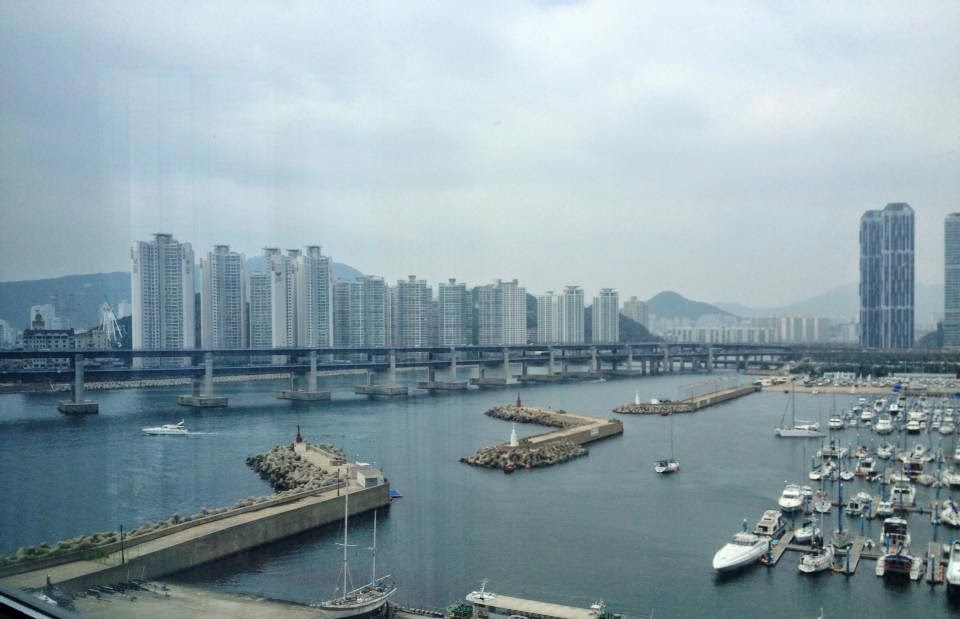 Beautiful view from the hotel


Because of it's coastal location, Busan is very famous for seafood and it's fish markets.  We decided to walk through a fish market, and were astounded by the variety of fish/sea creatures we saw...and to think that they are all edible!  We went in looking for a specific type of fish, and we most definitely found it.  I'm not sure the scientific name for it, but it's nickname is the "Penis" fish.  I'll let the picture do the explaining...I'm sure it's not hard to guess why it's called that. 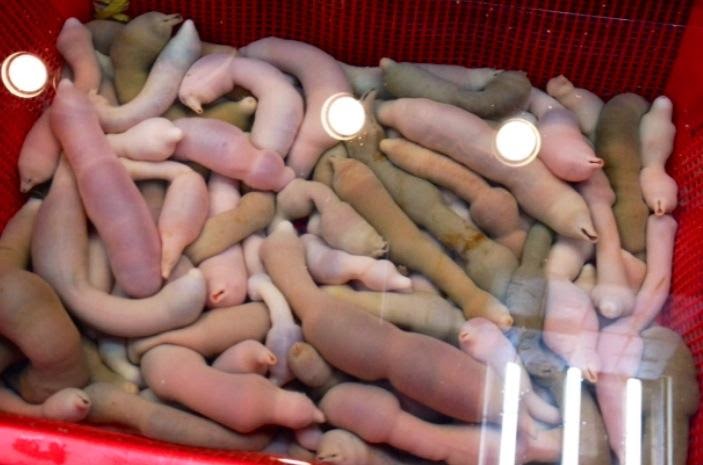 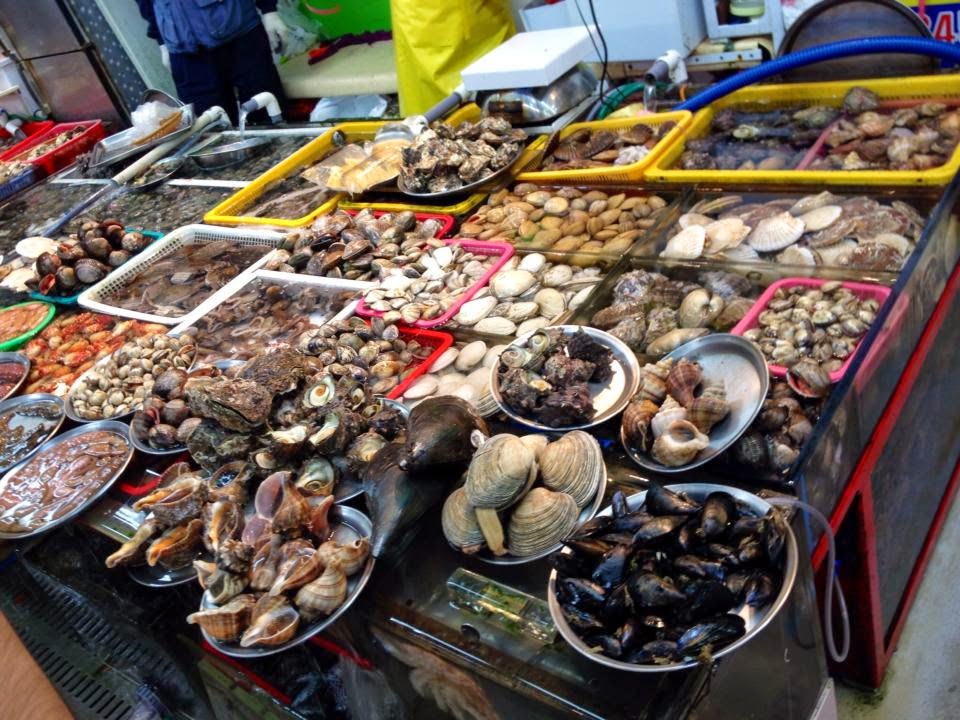 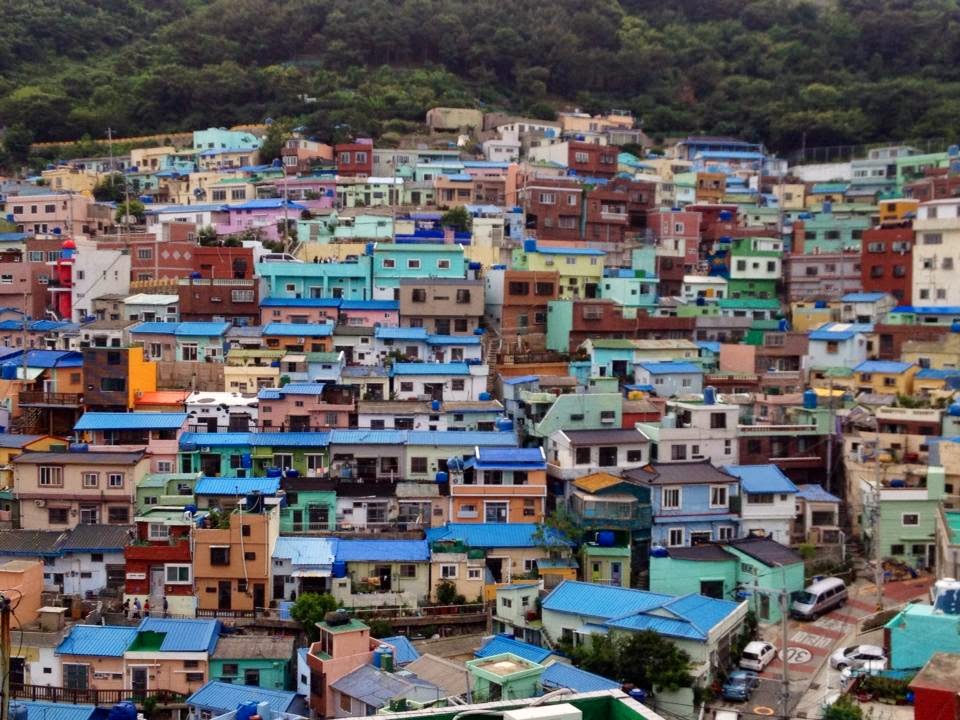 
Also while in Busan we decided to go see a temple, because honestly, what is a Korean trip without seeing a temple?  Haedong Yonggungsa Temple was built in 1376, and it was different than the dozen others I've seen because it overlooked the water--most temples are in the mountains.  It was a royal pain in the ass to get there (a 25 minute ride on an overly-crowded city bus, standing room only), but again, I guess it was worth it because the weather was absolutely perfect and the place was very picturesque.  It seemed that everyone had the same idea as us that day, because the temple was quite crowded with other tourists.  We took a quick selfie by the giant, gold Buddha statue (when in Korea, do as the Korean's do..), threw a penny in a well for good luck, and walked around the temple grounds. 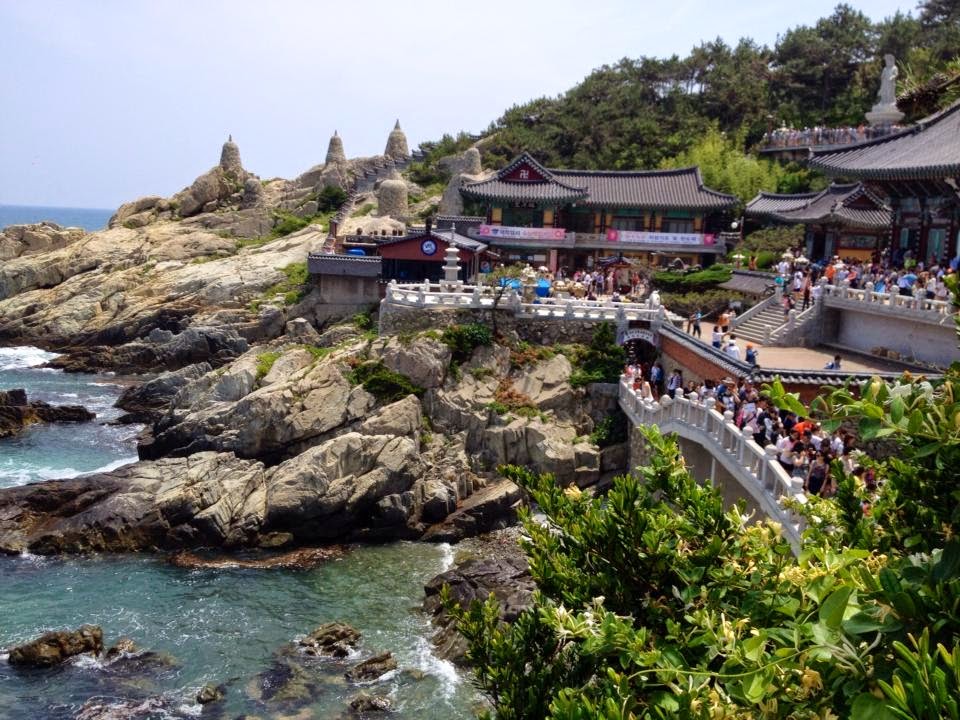 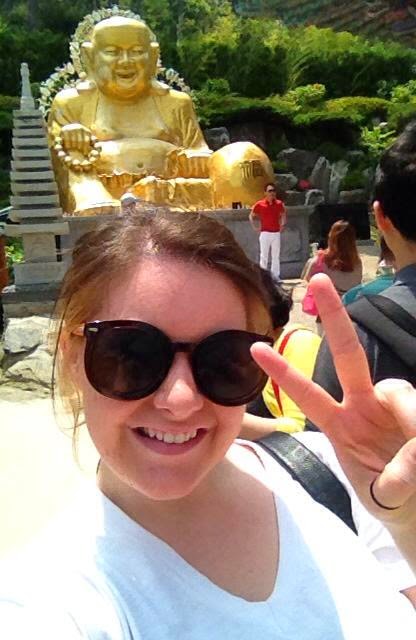 
Unfortunately the only thing I found lacking about Busan was the nightlife.  While the streetside adult slushies and cocktails were amazing, Seoul still takes the cake in the nightlife category.  I guess it's a good thing Seoul is closer to me then!

One last stop before we headed back to Jecheon was Shinsegae Department Store.  It also happens to be the largest department store in the world!  It was filled with high-end stores like Gucci, Armani, Prada, Burberry, and Hermes.  Needless to say, I didn't buy anything...haha. 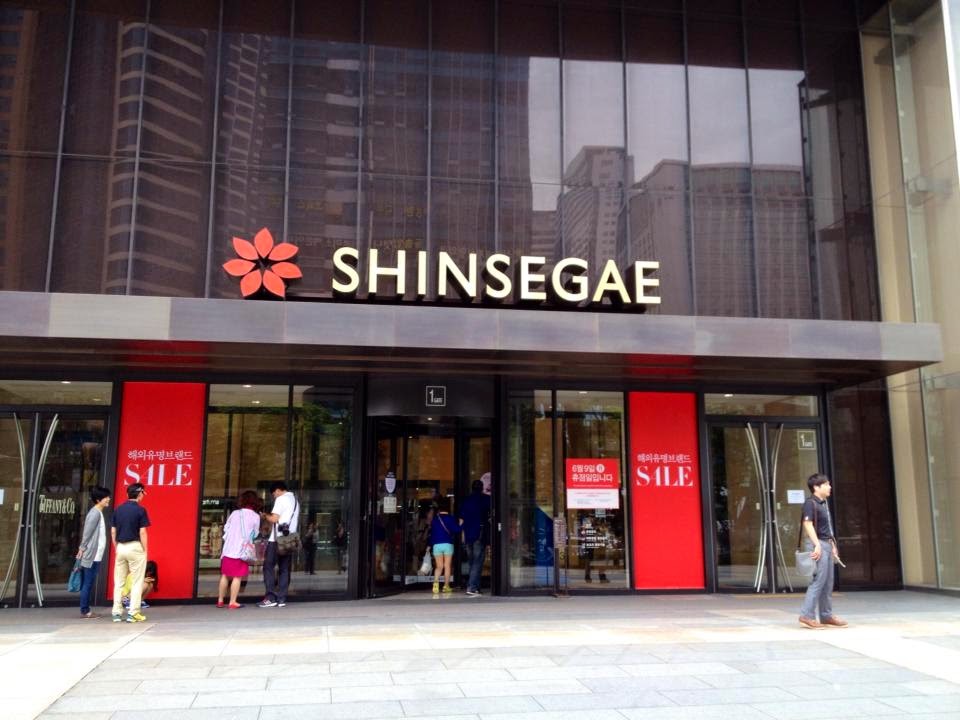