This week I thought I would address a topic that I haven't really talked about at all in my blog: Korean dating and couple culture.  To foreigners, Korean couple culture may seem strange and vastly different than western dating, but after ten months here, I've come to find it really cute and charming.

In my opinion, couple culture is a topic that is brought up a lot because Koreans love to pry into everyone's love life.  They are obsessed with asking, "Do you have a boyfriend/girlfriend?" and if you say "no", they want to know why.  But, if you say "yes" you do have a significant other, there's a very good chance you were set up through family members or mutual friends on a blind date.  Koreans absolutely love to play matchmaker!  In the U.S., many single people meet potential dates randomly at bars, at work, through friends..basically anywhere; in Korea it's very different.  Koreans don't typically strike up conversations with strangers and ask for their phone number.  I've heard that their usually too shy to do such a bold gesture, so they rely on people they trust (aka friends and family) to set them up on a blind date.  Korean singles also like to date a person around their own age, plus or minus a couple years.  I believe it is pretty rare to date someone significantly older or younger than yourself here.

Once you have established an actual relationship with someone, the exciting "couple" things begin.  Once the relationship is official, couples will begin to document their time together by counting days.  While western couples will say they've been together for "X" amount of months, Korean couples will tell you they've been a couple for "X" amount of days.  It's very common for someone to say, "We've been dating for 62 days".  Reaching the 100-day mark is a very special occurrence for couples, and they usually celebrate this milestone anniversary by giving one another gifts.  Every 100 days after this is also a reason to celebrate (i.e. 200 days, 300 days, etc.)  Think it might be hard to keep up with the exact number of days?  Don't worry, there's a phone app to keep track for you!

Another way couples show their love for one another is by wearing couple clothes/outfits.  It is very common to see couples walking down the street wearing matching shirts, shoes, pants, hats, and even socks.  Sometimes they just might wear a matching shirt, or a matching shirt and hat, but other times, they wear the exact same outfit head-to-toe.  I am very curious as to how they coordinate this; do they text each other before going out and say, "Hey, wear your striped shoes and black button-up shirt today"?  I may never know.  I used to find these matching clothes a little ridiculous, but the more I see it, the more I think it's quite cute.  Another "couple" signature staple is the couple rings.  Not sure if someone has a girlfriend or boyfriend?  Look at their hands.  If they are in a relationship, they will most likely be wearing a couple ring.  Once couples are married though, you would think they would continue wearing rings, right?  Well think again.  Most married Korean couples don't wear wedding bands or any type of ring to signify that they are married.  I'm not really sure why couples wear rings, but after marriage you take them off.  So how do you know who is married or not?  I guess you don't really know, but kind of just assume.  If a Korean is over 30 and not married yet, they usually get a lot of pressure put on them by family members to find a spouse.  So I think most people assume that once you're over a certain age, you're most likely married.  Also, the couple clothes stop at marriage as well. 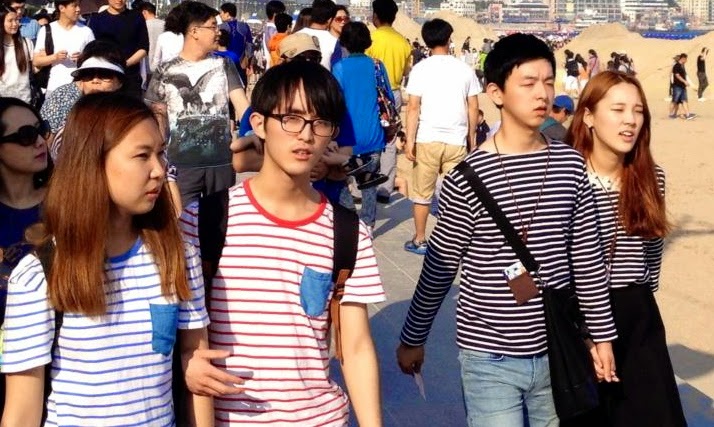 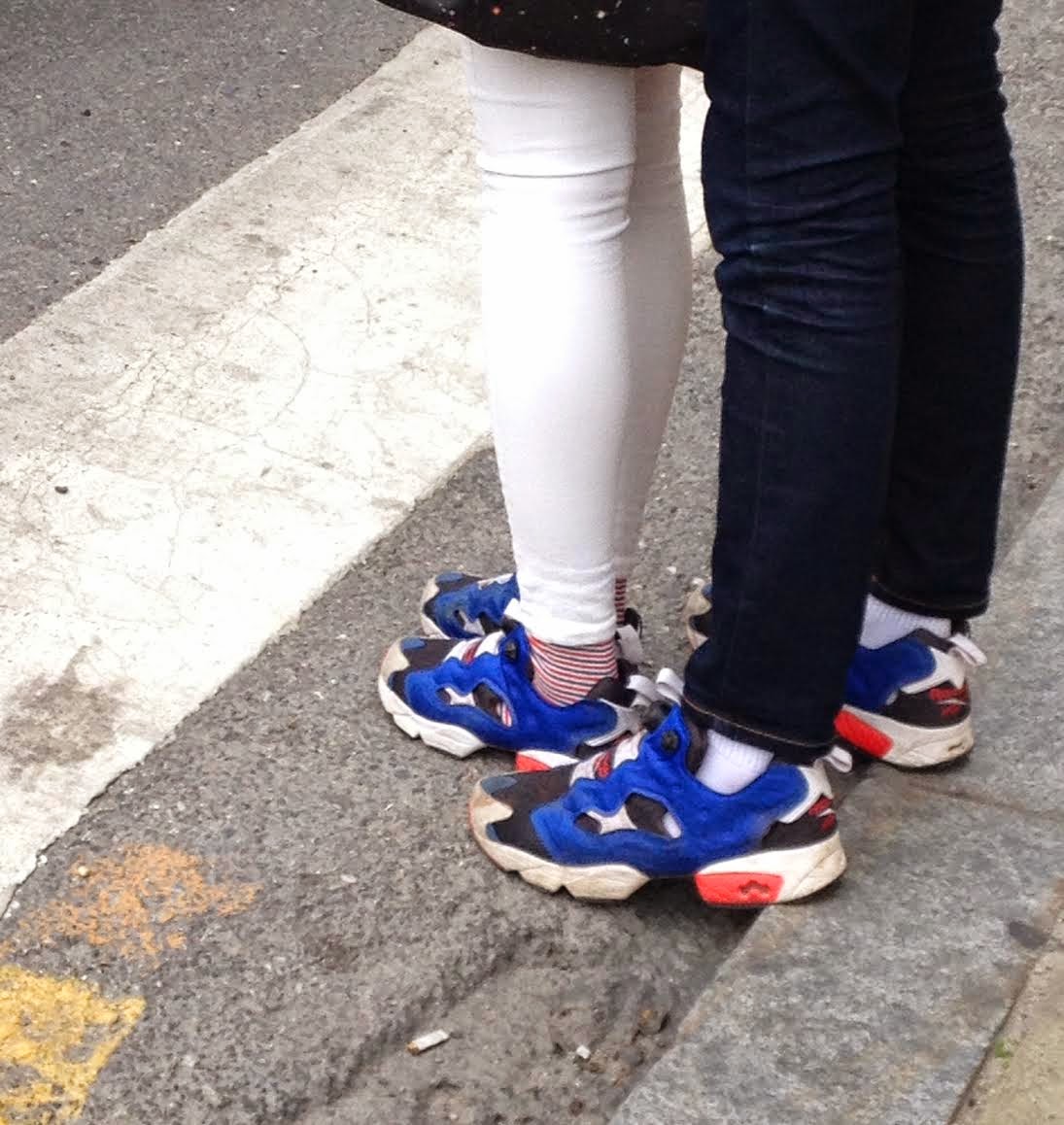 I observe a lot of this couple culture on the street just by walking around in town.  Things like couple clothes are very obvious symbols of a relationship.  Other things I notice are how doting the Korean guys are on their girlfriends.  I often see the men carrying their girlfriend's purse...and with no shame! (not that there should be any shame in carrying a women's purse, but I definitely don't see this being done in the U.S.)  And if it happens to be raining outside, you best believe that the woman is not holding the umbrella, because that is left up to the boyfriend to do. Little gestures like this are things I notice a lot just because it's different than what I would see at home.

One thing I found very interesting is that families play a limited role in Korean couples' dating process.  Korea is a very family-oriented society, so I expected parents to be somewhat involved with their son or daughter's relationship; but actually, I've found that almost the exact opposite is true.  Many times, parents don't meet their kid's boyfriend/girlfriend until they're getting engaged.  Meeting the parents here is a pretty big deal because it means the relationship is very serious, like on a marriage level.  Of course not every Korean relationship is like this, but from what I've heard from both Koreans and non-Koreans, meeting the parents usually occurs very late into a relationship.  I find this odd for for various reasons, but one reason especially being that the majority of Koreans live with their parents until they get married, and only then do they move out.  It's very common to be in your late 20s or even into your 30s and still living in your parents' house because you're not married yet.  Korean couples almost always hang out outside of the house (i.e. coffee shops, movie theaters, doing outdoor activities, etc) because going to one another's house would mean having to meet the other's parents...and what Korean wants to face that, especially after only 200 days of dating.

Well, I hope you enjoyed reading about Korean couple culture.  It has definitely been one of the more interesting topics I've learned about in my time here.  Remember that this is all generalizations too.  Obviously not every Korean couple follows these traditions/rules.  And I don't have any first-hand experience, but I have learned a lot about couple culture through my Korean friends.  It's always fun to hear about differences from one culture to the next, especially about a topic like dating.