My first official post of 2016 is here!  How many of you made a New Year's resolution?  And how many of you have actually stuck it out this far?  My guess is that most people have already fallen off the motivation bandwagon.  Most New Year's resolutions are made with the intent to better oneself, and if we're honest, most people want to do that by losing weight.  People are always searching for the new trend or fad to look and feel better about themselves.  I have to say this also rings true for Koreans.  Korean people care very much about outward appearances and how people perceive them. I've mentioned in a previous article that Koreans are very self-aware of how attractive or unattractive they are and often will ask people to rate their attractiveness compared to their friends.  My students will even call fellow classmates "ugly" and if I reprimand the name-calling students, sometimes I'm met with a "Yes teacher, I know I'm ugly" from the name-called student,  without the slightest bit of hesitation or hurt in their voice. 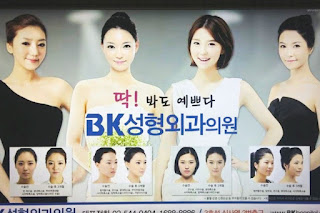 Gangnam, an area in Seoul made famous by the song "Gangnam Style",  is home to about 500 plastic surgery clinics alone.

Because looks are so valued in Korean society, Korea has become the "it" place for plastic surgery. Plastic surgery is not a taboo topic here.  Outward appearances will not only get you the occasional "You're so pretty/handsome!" compliment, but can also lead to advantages such as assisting you in landing a job or getting into university since all Korean resumes require a photo. Credentials are obviously a big part of the process, but looks can still give applicants an advantage since Koreans believe that if you take pride in your appearance then you will have pride in your job too.  Because of this, some people resort to getting plastic surgery to increase their chances of getting hired into a big company.  Parents will even suggest that their kids get certain procedures done to improve their appearance.  The most popular high school graduation gift for Korean girls?  A gift certificate to a plastic surgery clinic to get the famous "double-eyelid" surgery.  Koreans naturally have monolids, meaning there's no crease in the eyelid; double-eyelid surgery makes the eyes bigger and more western-like by adding the crease in the eyelid.  I never even noticed this difference in Asian and Western eyes until I moved here and it was repeatedly pointed out to me.  I few of my Korean friends have even admitted to me that they've gotten this procedure done. 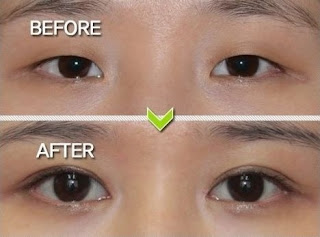 The most popular procedure for Koreans to get is "double-eyelid" surgery to make the eyes bigger and more western-like.  As you can see in the top picture, Koreans naturally have monolids, something I had never even noticed until I moved here and it was pointed out to me.  In the after picture, you can see that the eyes now have the double fold/crease, which naturally occurs on western faces. 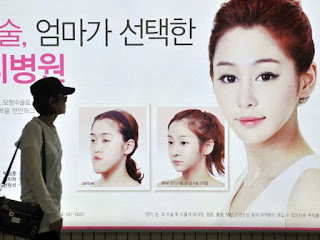 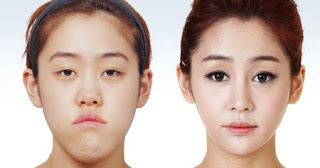 Here's a close up of the transformation from the above advertisement.

So what are some problems arising from South Korea's plastic surgery culture?  Many women are requesting that their features resemble those of celebrities, especially K-Pop stars, most of whom have also gone under the knife themselves.  The problem with this is that many women come out looking strikingly similar because they're all asking to look like the same people.  Take the below picture for example, featuring contestants from a Korean beauty pageant.  It went viral a few years ago because of how similar all the women looked, especially in the eyes, obviously from plastic surgery. 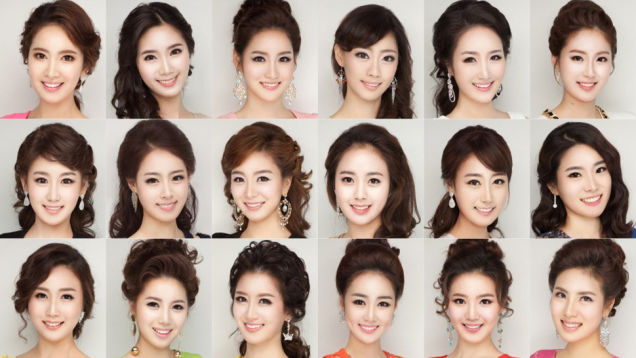 Korean beauty pageant contestants who were criticized for looking too similar.  Results of Korean women striving for the same look and features they often see from K-Pop celebrities. 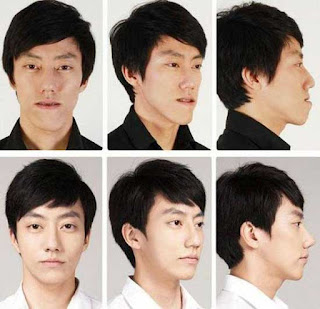 Plastic surgery isn't just for women either; men make up a decent proportion of plastic surgery clients too.  Competitiveness in the job market, confidence factors, encouragement from friends and family and dating prospects are all reasons why Koreans are seeking out plastic surgery procedures.

And if you aren't 100% ready to commit to permanently altering your facial features, there's always Photoshop, which Koreans also highly recommend.  Koreans heavily photoshop all professional pictures including passport photos, resume photos and wedding photos.  There's even several popular smartphone apps that allow you to digitally alter your own pictures.  Trust me, these apps would put Instagram to shame. 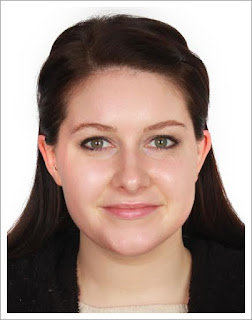 My passport photo taken awhile ago in Korea that has been heavily photoshopped.  No blemishes, an evened-out skin tone on face/neck, no stray hairs out of place, pink color applied to lips, and a glossy finish.  And something you can't see was that my shirt was too low cut so the photographer photoshopped some material to better cover my chest area.  Just a reminder that this is bare minimum photoshopping compared to Koreans getting their own pictures done.

Before you're quick to judge Koreans for taking plastic surgery so lightly, remember that we're all raised in different cultures and societies.  Be grateful that being raised in the U.S. teaches us not to judge a book by its cover and that what's on the inside matters more than what's on the outside.  This isn't the reality for Koreans, whose culture values outward appearances over individuality.

If you want to know more about the plastic surgery craze in Korea, check out this article I found online: http://www.newyorker.com/magazine/2015/03/23/about-face
Posted by Unknown at 7:51 AM