After spending a few days in Malaysia, it was time to jet off to my next destination on my solo trip: Singapore!  After having spent the previous days wandering around Malaysia, a developing country, Singapore was astounding.  It's crazy to me to think how two countries that are so close in proximity can be oh-so-different.  If I were to sum up Singapore in one word, it would be "futuristic".  Singapore City literally looks like it got transported from the future; this can be blamed on the city's amazingly-designed architecture.  So it comes as no surprise that Singapore City is home to two of the world's top three most expensive buildings.  And did I mention, Singapore only gained its independence 50 years ago? 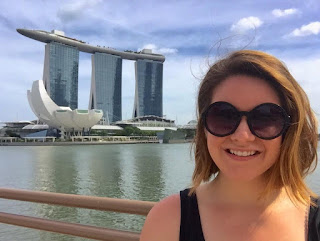 Singapore almost reaches the equator so the weather is always nice.

So what could possibly beat Singapore's architecture?  The city's cleanliness.  I swear you could eat off any surface in the country, whether it's the highway or the floor of a public bathroom.  The country is unbelievably clean!  Singapore has super strict laws against littering and graffiti, and there's even a ban on chewing gum and spitting outside.  I don't know what's more surprising, that the government actually thought people would abide by these rules or that citizens actually do abide by them.  Singapore, way to make the rest of us look bad. 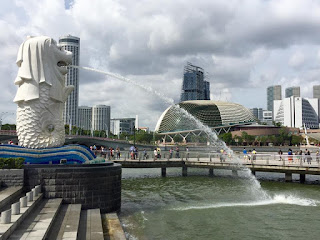 No travel article is complete without a mention of food, and yet again, Singapore served up some great treats.  While doing some research on what to eat in Singapore, I found that chili crab is the national dish; I also had multiple friends rave about it.  One friend in particular, who happens to hate seafood, even told me it was a must try.  I was so anxious to see what all the hype was about that as soon as I got situated in my hostel, I asked where I could find this mystical chili crab.  I was told to go to a local restaurant, which was nothing fancy and actually looked a bit rundown.  I hesitated a little to order the chili crab because it was $50 (I had been warned!) and it's also a dish that should be split between two people, but since I was alone and would regret not trying it while I was there,  I sucked it up and got it.  The meal was definitely one of the best things I have ever eaten and considering I got 2 full size crabs smothered in a sweet chili sauce with soft, warm rolls to scoop up the remaining sauce, I would say it was worth it.  And whoever said it was for two people underestimated how much I can eat. 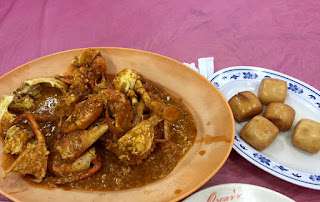 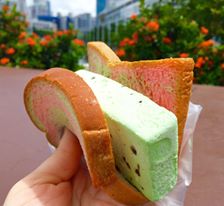 Other foods I enjoyed in Singapore were green tea-flavored Kit-Kats that I found at the convenience store, blue-velvet cake with gold flakes, chicken rice (another national dish), and ice-cream bread (literally a piece of bread with a rainbow swirl sandwiching a block of ice-cream). 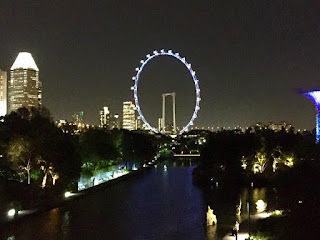 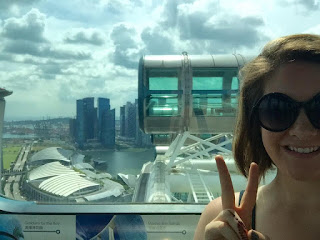 So what is there to do in Singapore besides look at all the pretty buildings?  Singapore is a luxury shopper's paradise, with high-end stores like Armani, Hermes, and Gucci lined up in the malls.  Singapore's skyline is dominated by the Marina Bay Sands Hotel which resembles a horizontal rocket held up by three pillared skyscrapers.  At the very top, some 57 floors above ground, is the world's tallest infinity pool that overlooks the city.  Unfortunately only guests have access to the pool, and I couldn't afford the $500/night fee to stay there.  I'm already saving for next time. 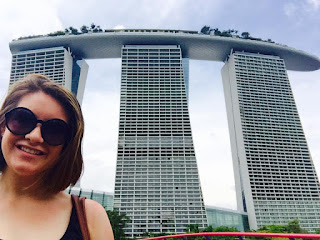 Marina Bay Sands Hotel with an infinity pool on top

Luckily, there are cheaper, budget-friendly things to do while in Singapore.  I rode the Singapore Flyer, a huge ferris wheel with enclosed pods, which is basically an exact replica of the London Eye.  I explored the Gardens by the Bay which is a botanical garden housing thousands of plants and flowers from around the world, as well as numerous Super Trees, which are giant, artificial, light-up tower trees that hold an elevated walkway in place.  Every night the Super Trees perform a light show that is accompanied by music...and it happens to be free so I went to it. 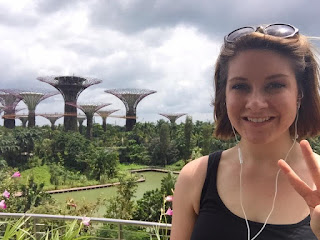 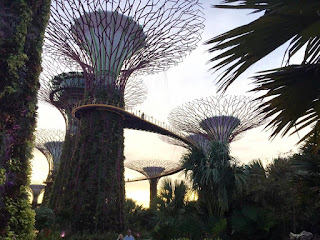 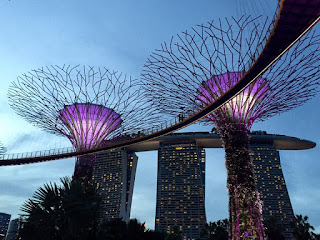 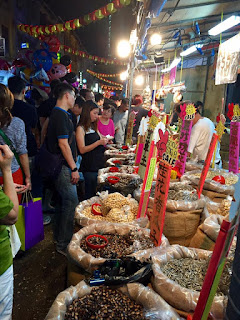 Lastly, I checked out Singapore's China Town and Little India to pick up a few cheap souvenirs.  Like Malaysia, Singaporeans have immigrated from many different countries, with the majority of people having Chinese, Indian and Malaysian roots.  China Town was as I expected; crowds of people, cheap markets, plenty of street food and lots of Chinese-inspired decor.  It also should be noted that I went one week before Chinese New Year, if that gives you an idea of how crowded it was.  Little India was very similar, with just a different country being represented.  What I love most about exploring places like China Town and Little India is that I get to experience a small taste of that particular country's culture, which is especially great when I haven't yet been to the country myself.  I'm still waiting for an America Town to pop up somewhere. 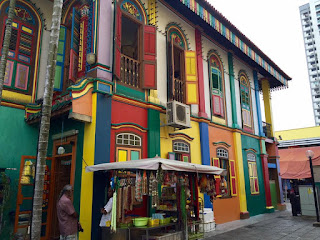 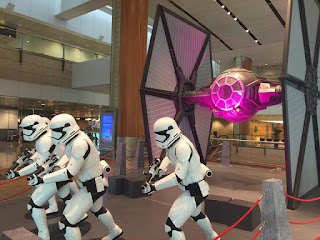 After finishing up my solo-trip, I headed to Singapore's Changi airport to catch my flight back to Korea.  Changi airport has been voted the best airport in the world for the past few years and it was easy to see why.  The airport has unlimited free wifi, free PC rooms to roam the internet, multiple gaming rooms including a room dedicated to Playstation (free!), a greenhouse, a waterfall, spas on sight, two movie theaters that are free-of-charge, personal TV cubicles (again, free!), a swimming pool, a gym, a sleeping zone ($25), and much more.  There's almost no need to even leave the airport! But I had to make my way back to Korea because I had another trip coming up...PHILIPPINES! Stay tuned...
Posted by Unknown at 6:12 AM