Well, the weather is officially getting cold (I heard it snowed in Missouri!), so I have been trying to take advantage of outdoor activities while the weather is still somewhat bearable.  A couple weeks ago some friends and I traveled four hours to the very south of Korea to a city called Jinju, as well as Namhae Island.  We decided to ride Korea's high-speed rail there, the KTX, since none of us had used it before.  I wasn't too impressed with it though as it didn't really feel any faster than the regular train. 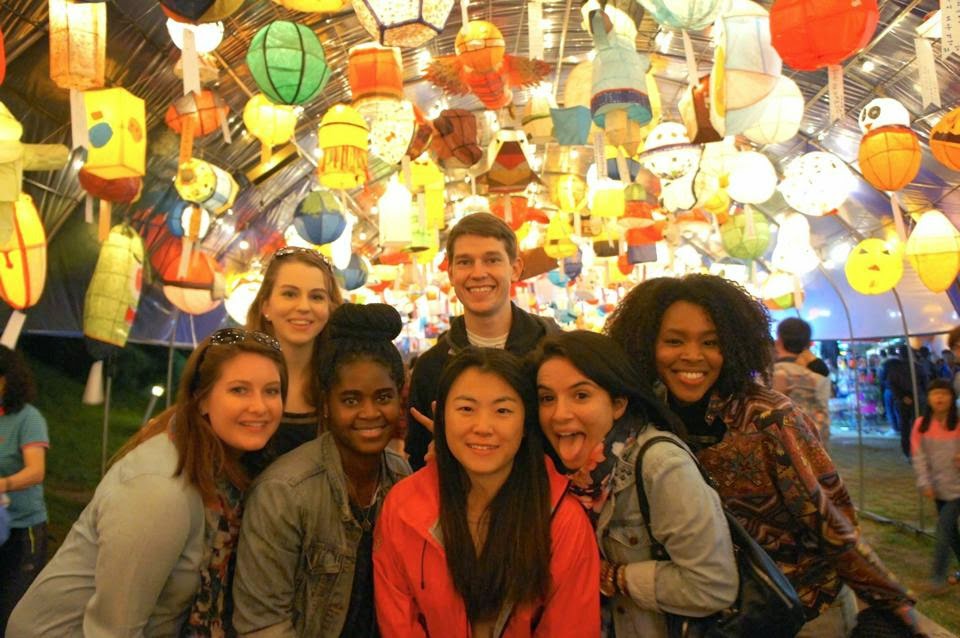 My friends and I in the lantern tunnel
(from left to right: Me, Mimi, JaeHee (my coteacher), Cara, Jessica; back row: Francine and Casey)

I've mentioned before that Korean cities are all famous for something, and Jinju and Namhae are no different.  We traveled to Jinju in order to see its annual lantern festival.  There were hundreds of lanterns, both on land and in the Jinju River.  The lanterns weren't like any lanterns I had ever seen before; there were animal-shaped lanterns people could sit on, a Statue of Liberty lantern, dragon lanterns, movie character lanterns, etc.  While we were waiting for it to get dark outside, we walked around to check out the various vendors selling homemade goods, crafts and food.  We happened to stumble across a row of fortune tellers, which are extremely popular in Korea.  Many Koreans rely on fortune tellers to give them advice about jobs, love, and life.  I'd actually been wanting to visit one for awhile now and this seemed like the perfect opportunity since we had some time to kill.  My Korean friend was with us so she volunteered to translate.  After confirming my birth time and date with me, the fortune teller scanned the palm of my hand.  He proceeded to tell me that I will be very financially successful in the future and that I'm an overall lucky person.  He claimed I will have one more chance at love before the new year and that I will have a career change in 2015.  Overall, I had a pretty decent fortune, so I'm hopeful that the fortune teller knows what he's talking about!  Once it was dark outside, we were finally able to admire the lit lanterns and see the firework show.  Since I was away for the Fourth of July this year, I missed out on fireworks, so I was really excited to see the show.  It did not disappoint! 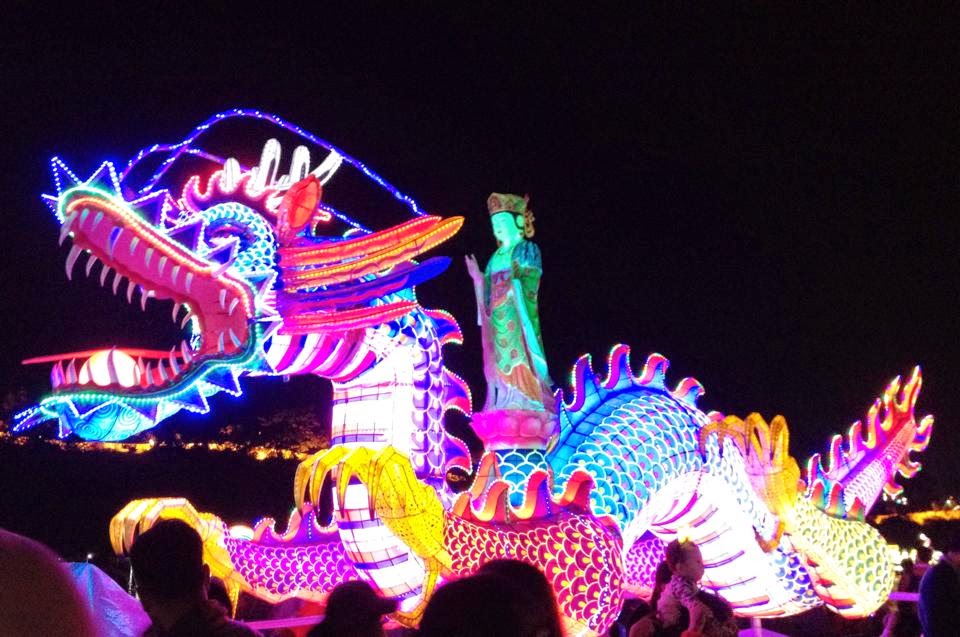 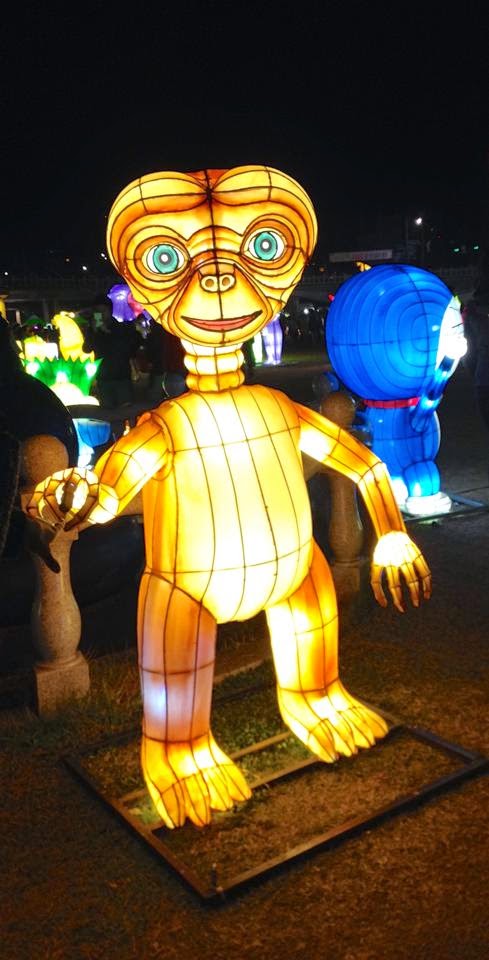 The next day my friends and I took a bus to Namhae Island which was about an hour away.  Namhae is famous for its German village and annual Oktoberfest.  You might be wondering why there is a German village on some random Korean island?  Well, in the 1960s, many Koreans went to Germany to find work.  Eventually, many of the workers returned to Korea along with their German spouses.  Because of this, the Korean government set aside a part of Namhae Island for these people to build a German-style community, complete with German-inspired architecture made from authentic materials shipped from Germany.  Since we went during Oktoberfest, we got to enjoy lots of beer, sausage and music, as well as see many people dressed in stereotypical German-style clothes. 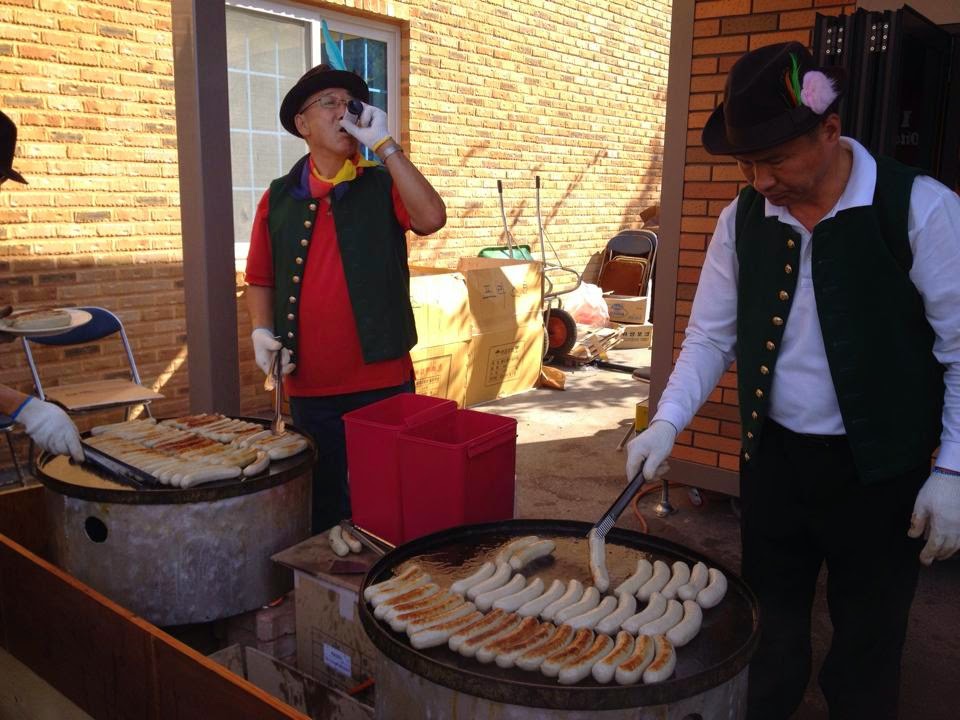 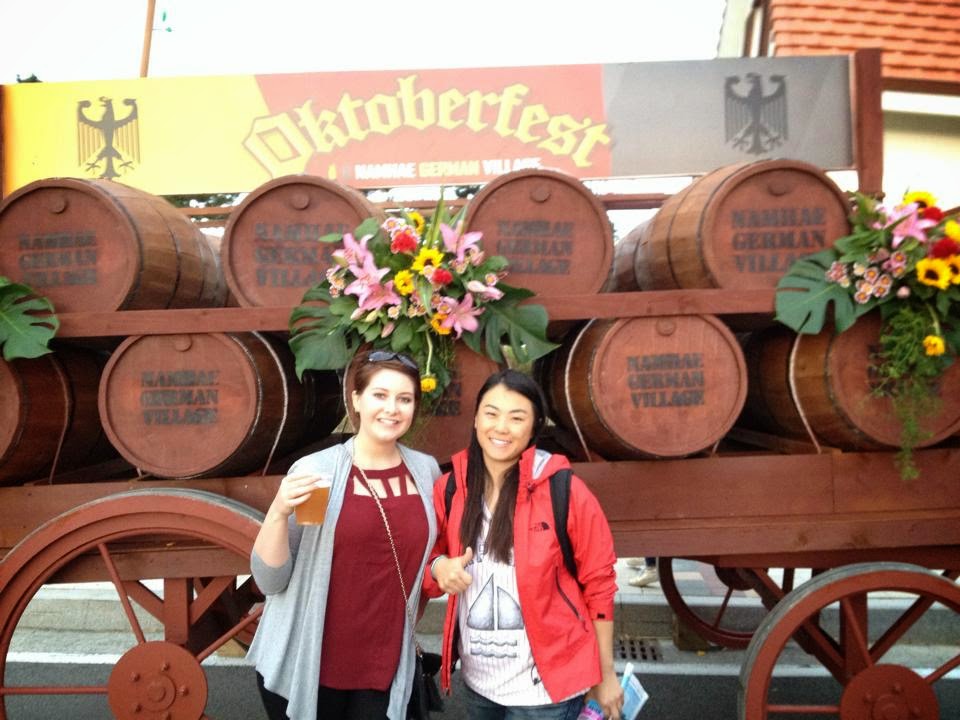 JaeHee and I at the Oktoberfest entrance

It's always nice to get out of Jecheon every once in awhile and explore different parts of Korea, so getting to see Jinju and Namhae Island was a great weekend trip.  I'm afraid all the good-weathered weekends are gone for now so I don't know how much traveling I'll be doing, but I’ll keep you updated!
Posted by Unknown at 8:25 PM