So I've been a little MIA lately...but Happy New Year!  2015 is already shaping up to be a good year, and while I didn't make any resolutions, I want to continue to try new things and see different places; which is why I scheduled a trip to Vietnam for the end of January and why I decided to try snowboarding last weekend.  I know when you think of snowboarding, you don't immediately think of Korea, but Gangwon Province in the northeast side of the country is quite popular for its winter sports and resorts (I mean, it is the future home of the 2018 Winter Olympics).  But I've never skied or snowboarded before so I was really anxious to see what all the hype was about.  Even though I had heard skiing is easier, I opted for the snowboard because it just looks "cooler" and I wanted to channel my inner Shaun White (haha, yeah right...but really).

So, Saturday morning my friends and I drove a little over an hour to High1 Resort.  I guess it was a pretty typical ski resort, but I'm not sure because I have nothing to compare it to.  After getting fitted and renting our gear, we headed up the lift to what I was told was a "beginner's trail".  Well I'm pretty sure my friend who informed me of this was wrong because it didn't look like a beginner's trail to me, but what does the ski virgin know anyway. 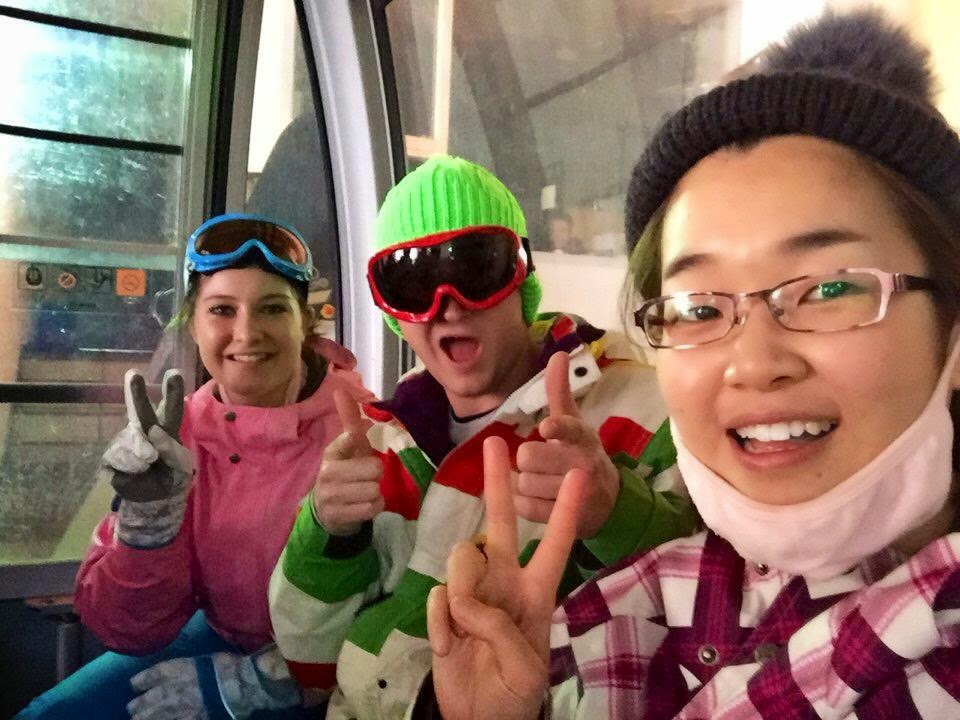 Quick group selfie on the lift (me, Chris, and Lucy) 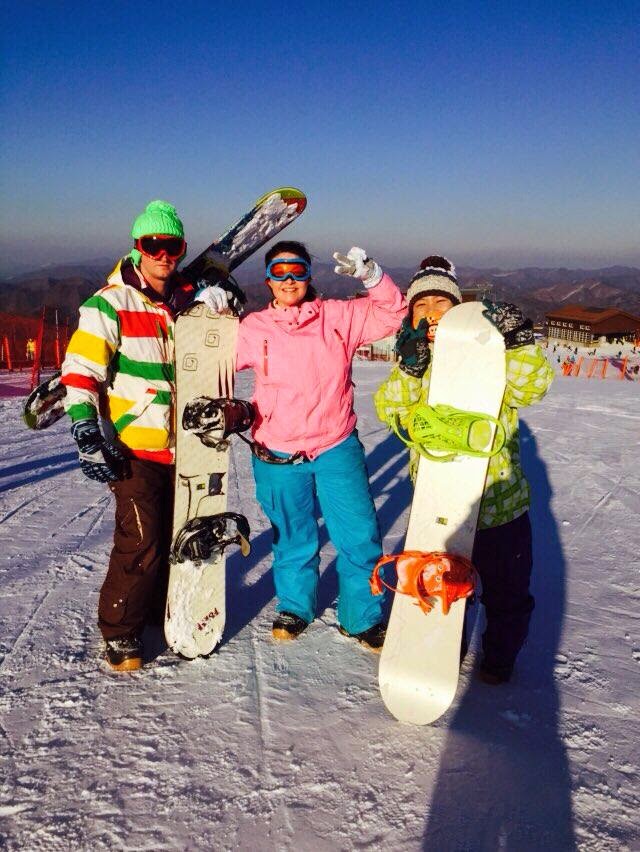 Chris, me, and Mandy 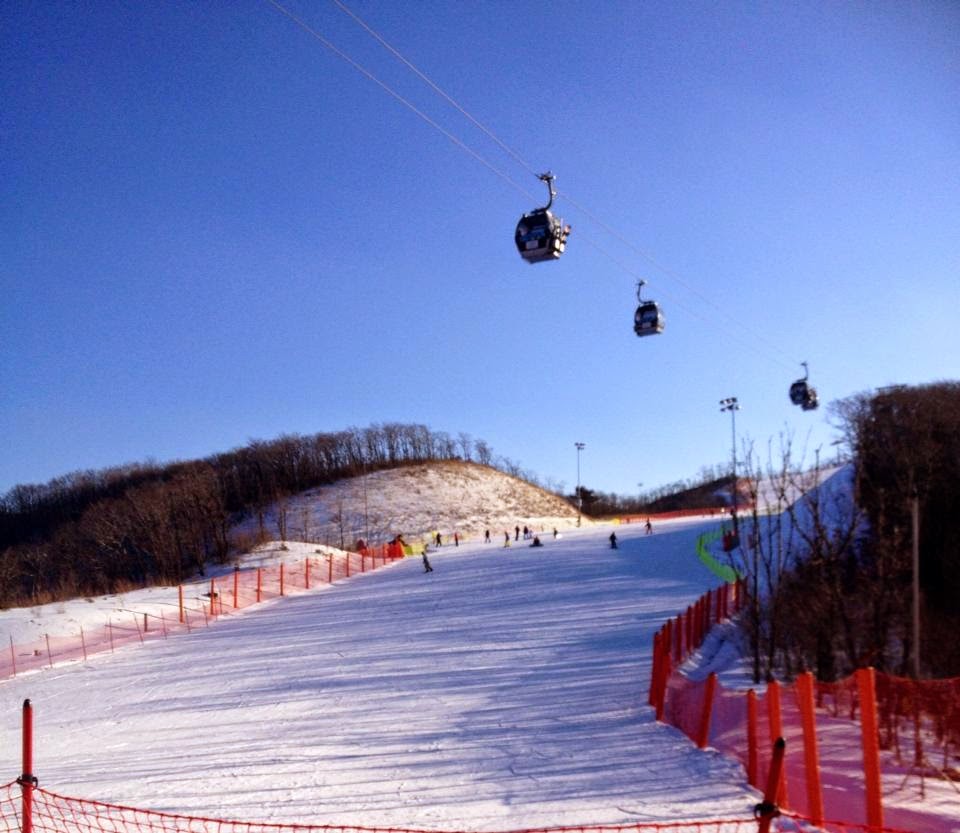 Does this look like a bunny slope to you??


Many people warned me that snowboarding would be hard (to which I replied, "But it looks so easy on TV!"); but, they were right, it was difficult.  The snowboard is so heavy!  But, I think the hardest part is definitely attempting to stand up after you've fallen down.  Luckily, my friend Chris was a good sport and taught me the basics and helped me out most of the day.  Despite the fact that snowboarding was a lot harder than I had anticipated and my muscles hurt incredibly bad the next couple days, I'm looking forward to going again sometime. 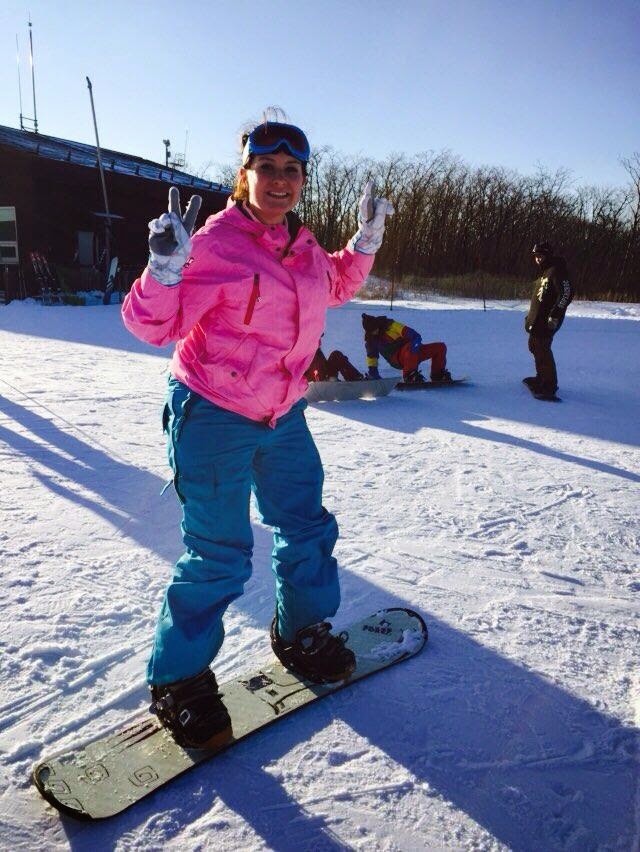 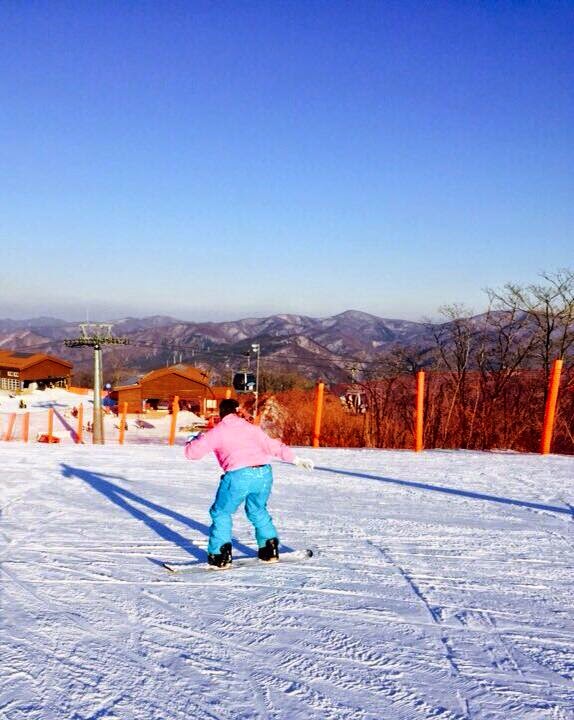 After we had had our fill of snowboarding, my friends and I decided to head to the resort's casino, Kangwon Land. Casinos are few and far between in Korea mainly because there is some sort of law in place prohibiting Koreans from gambling; the few casinos that are in Korea are usually located near the international airports and/or military bases because only foreigners are able to access them. This particular casino, Kangwon Land, is actually the only casino in Korea that is open to Koreans. Well I definitely think Korea needs more casinos open to its native population because this place was packed!  After walking around for about 20 minutes looking for open slot machines to no avail, my other foreign friend and I stumbled upon a "Foreigners Only" room, which was empty.  Bingo!  We had a roulette table and dealer all to ourselves which made us feel really special.  I had never played Roulette before, but I must be really good at guessing numbers because by the time we cashed out, I was up $54!  Beginner's luck?  Maybe...but I'll take it!  This was my Korean friends' first casino experience, but unfortunately they were unable to partake in any gambling because all the slot machines and game tables were full.  But they still enjoyed the free refreshments so they were happy. 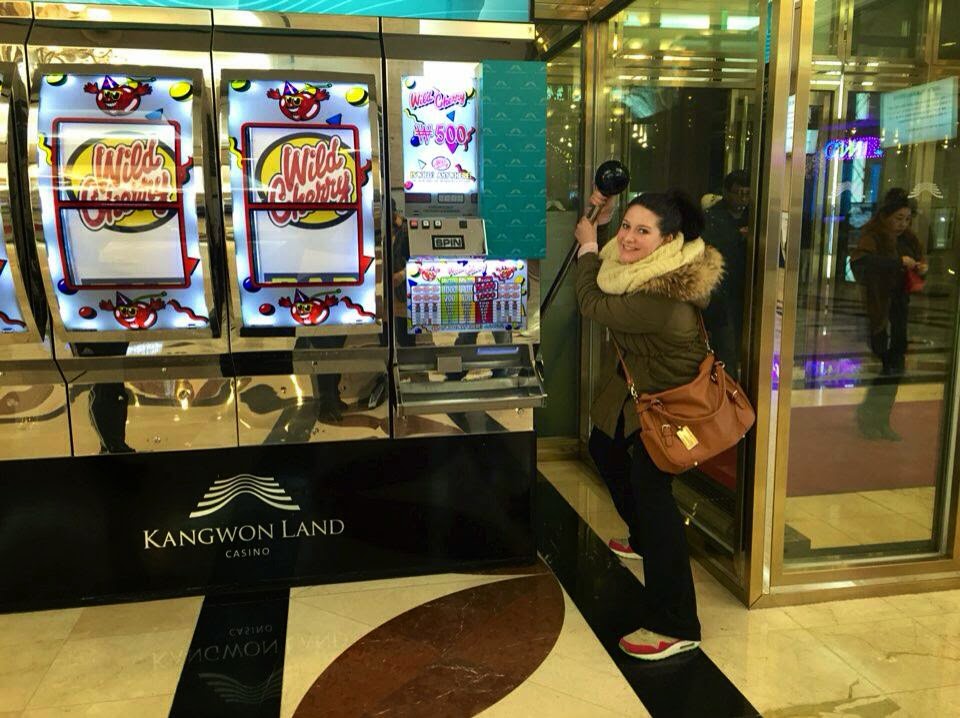 Trying my luck on the giant slot machine.