My First Trip Back to the US

As I mentioned in my previous article, after my week in Vietnam, I made the long journey back to the US for the first time in a year and a half!  It was an exhausting 24 hour journey, but it was great to see my mom, dad and brother waiting for me at the St. Louis airport with a giant "Welcome Back" sign.  It was about 9:30pm when I finally arrived, and my first priority was to have a real American meal; since not much was open around that time, we opted for Steak 'n' Shake.  I didn't hesitate when ordering a giant milkshake; something I haven't really had since my time in Korea.  There's just some things America does better, and milkshakes are definitely one of them! 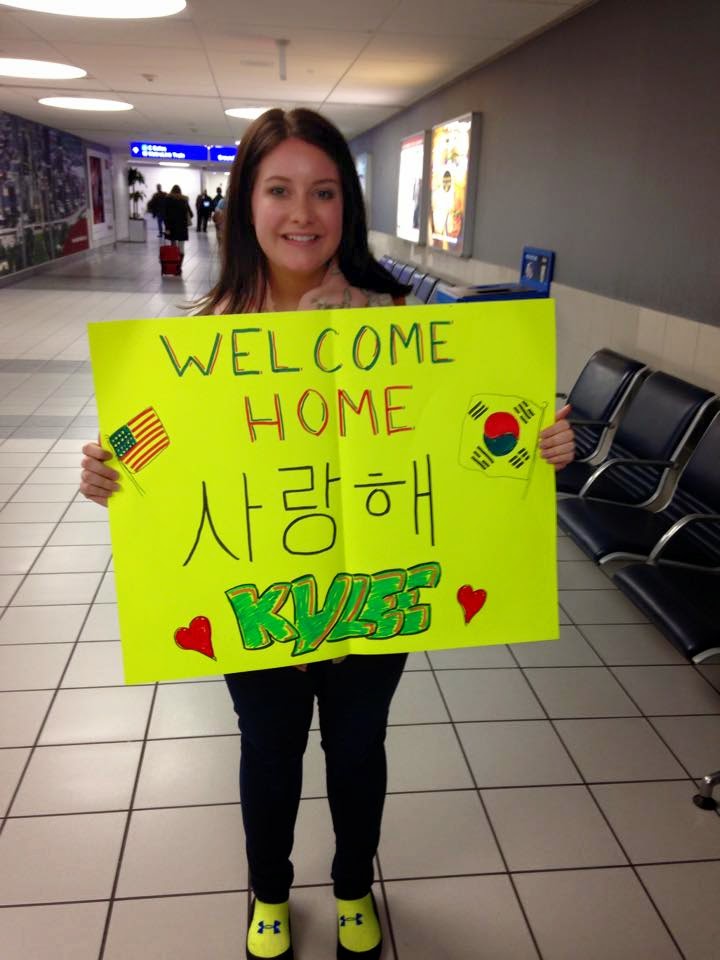 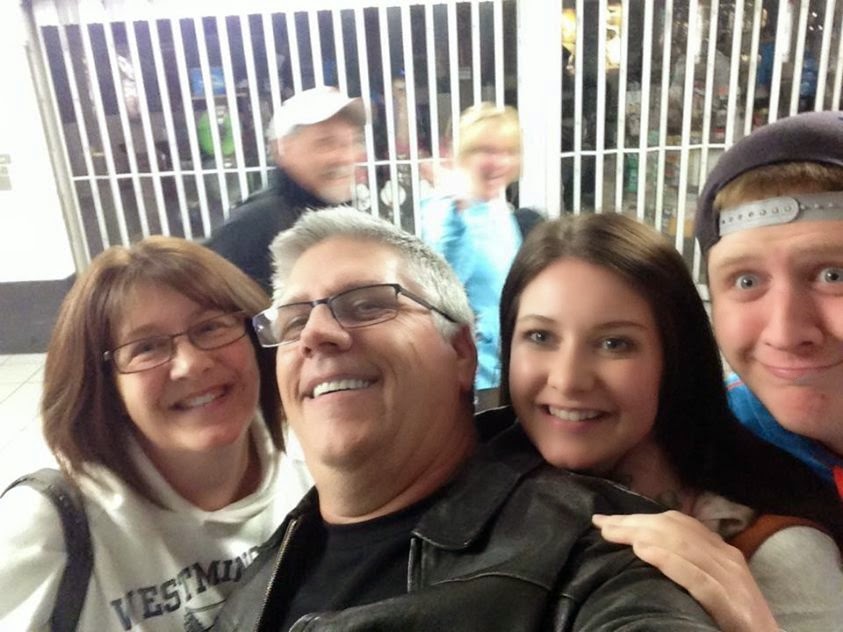 Family selfie at the airport...yes, we got photobombed.

I only had two weeks in the US, and even though jet lag was tempting me the first couple of days, I powered through because I knew I had too much to do in such a short period of time.  Obviously the most important thing was to visit family and friends.  Luckily it's easy to keep in touch with people these days because technology makes being so far away a little less difficult, but it was nice to FINALLY see everyone in person.  I also had some quality cuddle time with my favorite furry friends, my dog and two cats.  I had missed them a lot, and thankfully I think they remembered me! 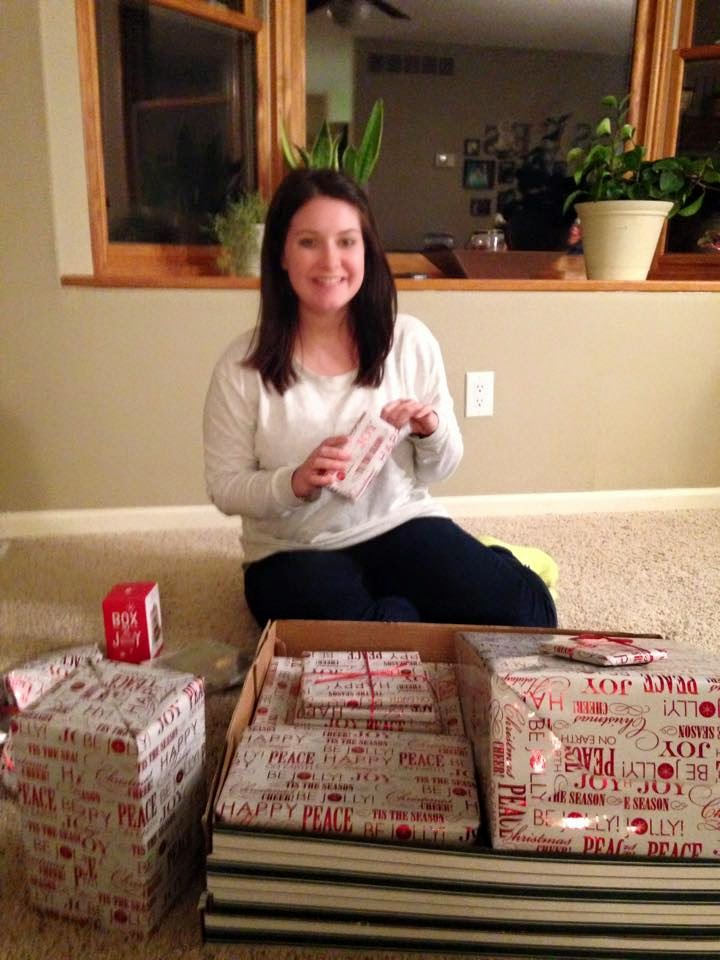 I was definitely spoiled by everyone during my time at home, but I wasn’t complaining! Even though it was a couple months late, I got to celebrate Christmas and open a few gifts that had been waiting for me.  Grandma Betty made me my favorite homemade coconut cream pie, Grandpa John took me out for a steak dinner, Dad and I had a biscuits and gravy breakfast date and Mom took me grocery shopping to buy everything I'd been missing.  Are you seeing a pattern here?  If you couldn't tell, food was at the top of my to-do list.  No meal was wasted during the two weeks I was home, and when the time came for me to head back to Korea, I was disgusted by the sight of food. 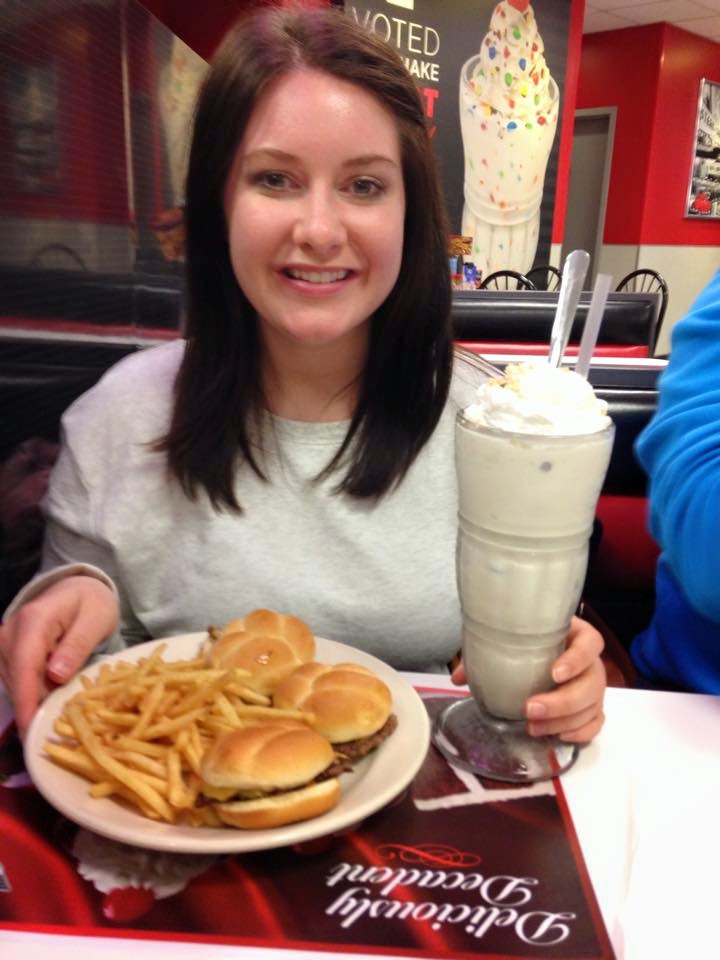 I was also able to drive a car for the first time in over a year.  In Korea I always rely on either public transit or walking to get everywhere, but I was excited to get behind the wheel again...although my passengers didn't quite share my enthusiasm.  I'm not really sure why.. 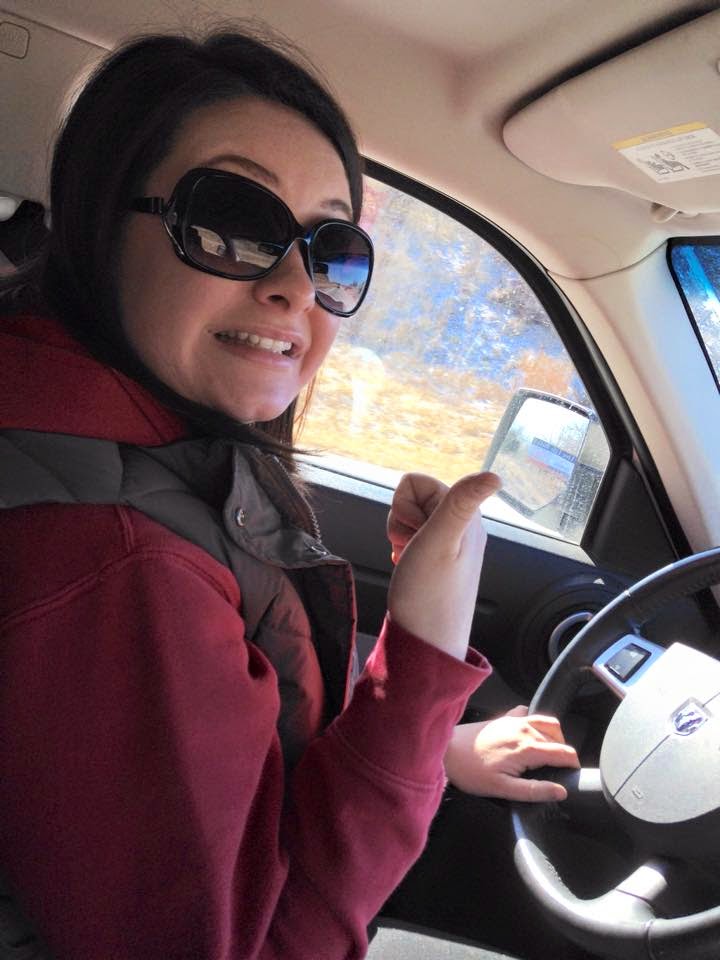 First time driving in a year and a half!

On a different note, just as I had experienced culture shock when I first arrived in Korea, I also had a similar experience upon returning to the States.  I should mention that in no way do I intend this to be offensive, but I think it should be said that the very first thing I noticed after landing back in the US was the countless overweight people I saw everywhere.  It took me by surprise how shocked I was, because it's no secret that Americans have the stereotype of being fatter; but, because seeing overweight people is so uncommon in Korea, it was really noticeable to me everywhere I went.  Secondly, I thought a lot of my meals were quite salty.  This obviously didn't stop me from eating, as I already mentioned my food escapades, but the food was considerably saltier than Korean food.

I knew my two weeks stateside would go by quick, but I do have to say that when the time came I was ready to make the journey back to Korea (but only after stuffing my suitcase full of some American necessities first!).  I was ready to get back to my own apartment, my own bed, my daily routine and my friends.  Being back home made me realize that nothing has changed that much since I left, and only confirmed for me the fact that I'm not ready to move back to the US quite yet.  So until then, I'll continue living my life here and blogging about it for you.