Springtime has officially made its way to Korea which means one thing: travel time!!  In the winter I don't travel around too much besides the occasional trip to Seoul, simply because it's really cold and there isn't much to do outside besides freezing to death; but now that the weather has warmed up for the season, I've come out of my hibernation.

The first sign of spring in Korea is the emergence of cherry blossoms!  Cherry blossoms typically show up in April sometime.  As I've mentioned before, many cities around Korea will host themed festivals, and Jecheon actually hosts a cherry blossom festival every spring.  Since I went to the Jecheon festival last year, I decided to step it up this year and travel to the homeland of cherry blossoms: Japan!  I've heard that there's nothing quite like Japan in the springtime, and I do not regret going.  I must've seen thousands of blossoms during my short 24-hour visit;  cherry blossom trees, along with many other varieties of trees and flowers, lined the streets and filled the parks of Tokyo. The city was gorgeous. 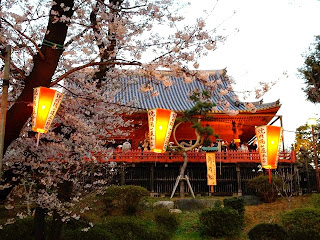 A park in Tokyo 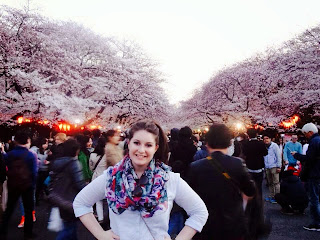 Nothing but me and the Cherry Blossom Trees....oh and about a million other people...


May is one of my favorite months in Korea, mostly because there are multiple national holidays which means NO SCHOOL!  Luckily, the holidays usually coincide with weekends, resulting in 3-4 day breaks.  During the most recent break I went with a friend to Jeonju, which is a city located in the southwestern part of Korea with a population of around 650,000.  Jeonju is home to a Hanok Village, or traditional Korean village.  Jeonju's Hanok Village consists of hundreds of hanok-style houses and shrines that were built in the Joseon Dynasty Era (1392-1897) and have been preserved for historical and tourism purposes.  Since Koreans no longer live in traditional hanok-style houses, the village is now home to cafes, restaurants and souvenir shops.  Jeonju is also famous for bibimbap, a vegetable-based stir-fry dish that is served in a hot stone bowl and accompanied by a raw egg and spicy pepper sauce (although I prefer soy sauce myself).  If you've ever flown to Asia or eaten at a Korean restaurant, bibimap was more than likely a choice on the menu, and if you want to delve into Korean food, bibimap is a great way to start. 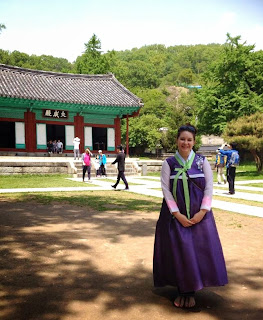 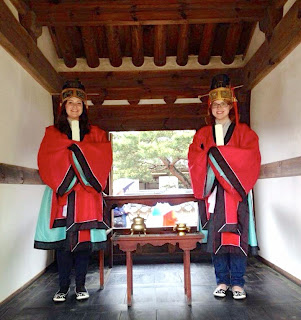 My friend and I rented Hanboks, or Korean traditional dresses, and there's a Hanok-style building in
the background. 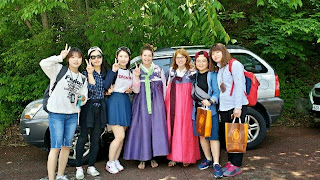 Some girls wanted their picture with us! 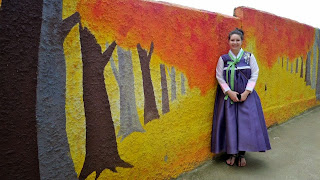 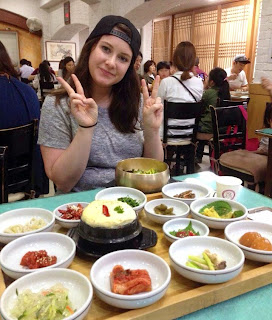 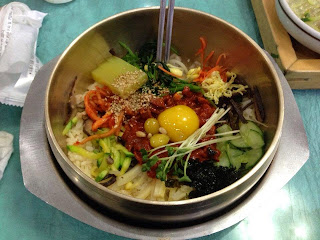 After exploring the Hanok Village, my friend and I set out to find the snake cafe we had found online.  I've mentioned dog and cat cafes before, but a snake cafe seemed intriguing and unique, not to mention I've always liked snakes, so it seemed like a must do.  Once we finally found the place, we hadn't sat down but a few minutes when we were handed a couple of friendly-looking snakes.  The only "cafe" part about the cafe was that it served drinks, other than that it was just a pet store-esque joint with a wall lined with reptile cages containing multiple kinds of snakes, lizards, and a random prairie dog.  We stayed for a couple hours and made friends with a couple pythons, a kingsnake, and a boa. 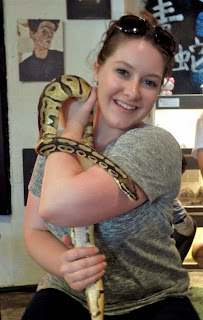 My new friend...nothing scary about her, I promise!


After a couple days in Jeonju, I made my way to Seoul for one very important reason: Paul McCartney!  I had the opportunity to see Sir Paul a few years ago, and I never imagined I'd have the chance to see him again...much less in Korea!  The concert was held at Jamsil Olympic Stadium, where the 1988 Olympics were hosted.  It's an open-air stadium, and unfortunately there was a pretty steady drizzle for most of the concert, but ponchos were handed out before the show and nothing could stop me from missing the former-Beatle perform.  Paul tried his best to speak some Korean to the audience, but most of what he said was instantly translated onto the big screen; this was actually pretty entertaining because if Paul would crack a joke, the audience reaction would be slightly delayed.  But despite the language barrier, everyone knew the lyrics to "Hey Jude", and there's something about thousands of people singing in unison that is truly magical. 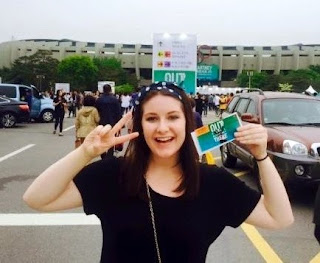 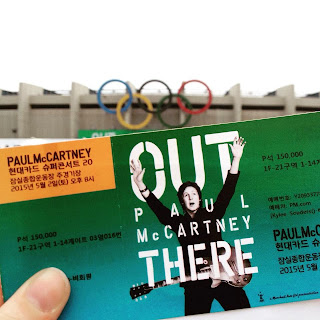 Well, I think I've caught you up to speed on what I've been up to lately, so stay tuned for my next article.  If you have any suggestions of topics you would like me to cover, let me know by commenting!