In one of my previous articles I introduced my closest Korean friends, but I also have a lot of foreign friends as well; and by "foreign" I mean friends who are not from Korea.  My foreign friends come from all over the world (USA, South Africa, UK, Australia), but despite our different home countries and accents, we all have one thing in common: English!  Because we are native English speakers, we have all managed to find jobs in Korea as English teachers.  Most of my friends also live in Jecheon, which is how I've come to know them.  We have a Facebook group called "Jecheonians" which is a way for all the foreigners in Jecheon to meet and post useful information since we're all navigating Korea together.  I've met many people since moving here, but some people have become a little more special than others, so here they are (in no particular order):

Cara
Simply put, Cara is my best friend here and we clicked instantly.  Cara had been in Korea for a whole year before me, so she showed me a lot of the in's and out's of Jecheon when I first arrived.  Cara and I did practically everything together, and many of our other friends often said that you don't see one of us without the other.  Cara and I experienced a lot together, including our vacation to Vietnam back in January, 2 trips to Japan, and weekend trips around Korea.  We were Seoul rats and loved hitting up the clubs for a good night of dancing, which usually didn't end until 5am.  Unfortunately for me, Cara flew back home to Boston in April to find a job and start her post-Korea life, but we still text and Skype regularly! 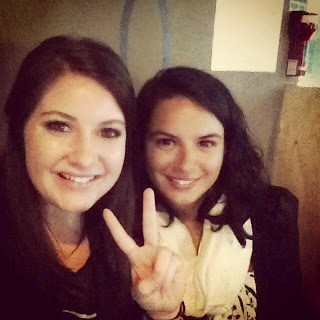 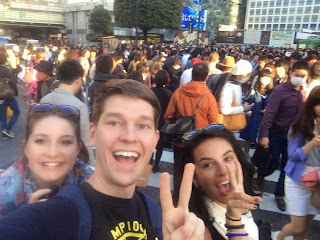 Me, Casey and Cara in Japan

Casey
Casey moved to Jecheon from Ohio to teach English about a year ago.  Adjusting to life in Korea isn't always easy, but I think it has been the toughest for Casey because he's a vegetarian.  Many Koreans feel very confused when Casey tells them he doesn't eat meat.  They always ask, "But why?" and "You eat fish, right?" (the answer is no).  Despite his obstacles, Casey renewed his contract for another year, but he had to change schools.  He is now working at an all-girls' middle school. This would normally be no big deal, but Casey is a 26-year-old tall, blond, blue-eyed, attractive guy and to say his new middle-school students are loving their new teacher would be an understatement. 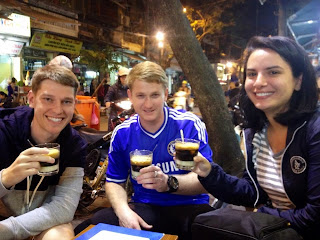 Casey, Chris and Cara
Chris
I should start by saying that Chris is the life of the party if I've ever met one.  He's a California boy who's always down for some day-drinking and a soccer match.  I'm pretty sure he keeps the local foreigner-favorite bar, Rock&Roll, open with his tabs alone.  Everywhere Chris goes, he makes friends, so it's really fun hanging out with him because we always end up meeting people.  Chris has also taken up MMA (mixed martial arts) and is gearing up for his first competition. 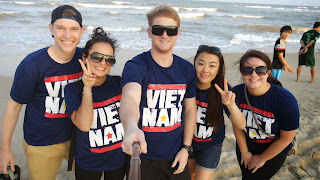 Casey, Cara, Chris, JaeHee and I in Vietnam
Ricky
Ricky was born in Texas but raised in Mexico, and then moved back to the US when he was 16. Ironically, Ricky has gone from not knowing how to speak English at all, to now being an English teacher.  Ricky's job in Korea is a little different though because he doesn't work at a public school like most of us do; instead, Ricky works at a hagwon, or private after-school academy.  So while most regular teachers are working 8am-5pm, Ricky works 2pm-10pm.  Ricky took no time at all adjusting to Korean life; he loved the food, culture, girls and language before he arrived, while the rest of us didn't find it so easy at first. 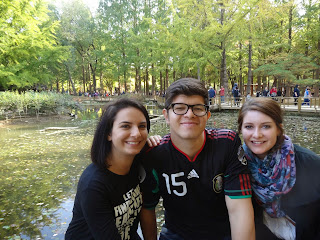 Cara, Ricky and I

Lauren
Lauren, from South Carolina, came to Korea the same time I did, and we both live in Jecheon.  We became friends after going on vacation together last year to Thailand and Cambodia.  We didn't know each other too well before vacation, but neither one of us had a travel partner so we decided to go together.  Best decision ever!  Lauren also moved into my apartment complex last summer, so now that we live on the same floor, we've become closer.  We often frequent Korean BBQ restaurants and have tea together and bond over our love of snakes.  Lauren often gets told she looks Korean, which is strange because she has no Korean (or Asian!) heritage whatsoever, but she takes it as a compliment.  Lauren also drives a moped, so I like to hitch rides whenever I get the chance. 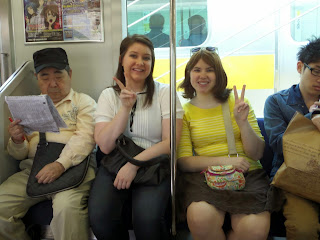 Lauren and I on the subway


Tiffany
I met Tiffany last year when she moved from California to Jecheon to teach.  Tiffany loves meat, so anytime we hang out we end up eating Korean BBQ, which is alright by me.  Tiffany would also sometimes join Cara and I in Seoul for a night at the club; she's a pretty good wing-woman since her Korean speaking is really good haha.  Recently, Tiffany moved to the Seoul area, so now I have just another excuse to go to Seoul! 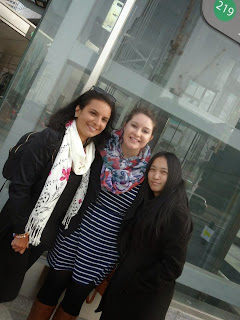 Cara, Me and Tiffany

Jeanette
Jeanette, from Texas, was the mother-figure of my friend group.  Jeanette is an excellent cook and Mexican food is her specialty.  My first Christmas in Korea was spent helping Jeanette make homemade tamales (never thought I would do that in Korea!).  Jeanette moved back to the US last year after being in Korea for a year and a half.  She has wasted no time in honing her Korean cooking skills and likes to frequent the Asian food market.  Miss you girl! 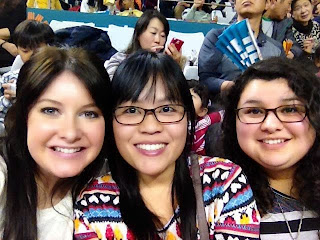 Me, Nicola and Jeanette

Nicola
Nicola is my token British friend and she was in Korea a whole year and a half before me.  I love meeting British people because it brings back memories of my study abroad experience in England.  I don't think I ever hung out with Nicola without having a 'cuppa tea and some biscuits (aka cookies).  Nicola has been back in England for awhile now, and she recently got a job at a law firm.  I can't wait to visit her one day!

Melissa
Melissa is my friend from South Africa and she also lived in my apartment building.  Melissa and I really bonded over our love of wine.  Last year, we traveled together to Tokyo, Japan along with Cara and Lauren.  Melissa happened to fall in love with an American soldier while here in Korea and moved to the US with him last August, where they are now married and living in Colorado. 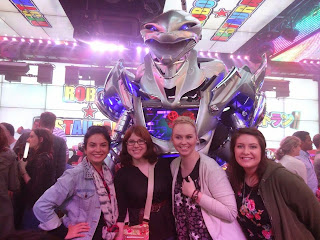 Cara, Lauren, Melissa and I in Japan

Megan
Megan was my very first friend in Korea.  We were paired up as roommates during our week-long orientation upon first arriving.  We later found out that we were actually on the same flight from Chicago to Korea.  Megan, originally from Ohio, lives and teaches in Seoul; she's a yoga-junkie, and the perfect host because she's always finding cool new restaurants in Seoul where we can get our western-food fix and then I can just crash at her apartment, which is in a really hip and popular area of the city.   I like comparing Megan and mine's Korean experiences because she lives in Seoul which is a really modern city, whereas I live in Jecheon which is considered to be more country-like. 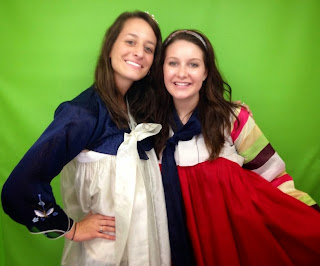 During my time in Korea, I have been so fortunate to meet so many people from all over the world and learn about so many different cultures.  Unfortunately the English teacher turnover rate is pretty high, with most teachers only staying about two years or less.  Because of this, I say a lot of goodbyes, which are not at all easy.  But, I've been lucky enough to meet a few people who will definitely be a part of my life for a long time and I try not to take our time together for granted.